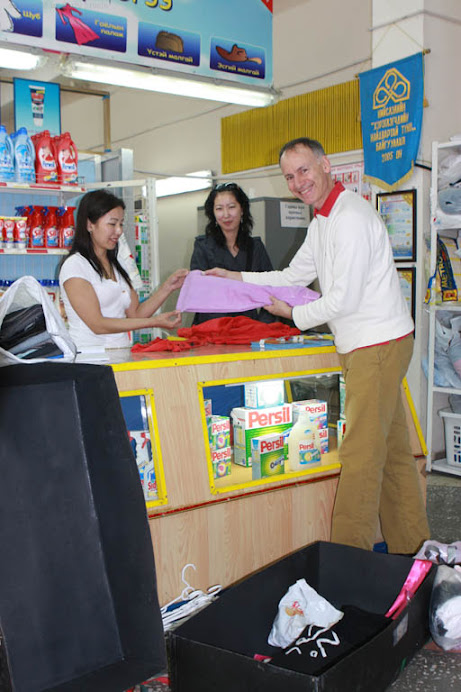 It sounds like the way Eloise at the Plaza would have packed, these things are essential. You need these items to maintain your costumes on a long (often dirty) tour.  And trust BDC, you cannot depend upon a theater anywhere in the world to provide plastic hangers.   Wrapping damp costumes in white tissue paper can mitigate the ill effects of packing after a show; and Fabreze can render a garment wearable even if there was no time to wash it between shows.

Here’s a special secret for costume-heavy productions:  Find out if you can keep costumes hanging up to dry overnight in the dressing room of your theater after the performance (if you aren’t leaving on a 7 a.m. flight the next morning!).

This way, you or the stage manager or delegated dancer can return to the theater and pack DRY costumes for your next show rather than throwing sweaty costumes into a case and digging through the moist malodorous garments upon arrival at your next destination.

If the dressing rooms are not an option, try to convince your dancers (or actors) to be responsible for their own costumes and hang them in the shower over night.   Another interesting option: get some large standing fans and direct them at the costumes on a rack during the performance -- as the dancers come off stage and change, instead of hurling the wet stuff into a corner, hang them up and blow them dry!

Once, in Trivandrum, India, where it was at least 95 degrees on stage, BDC were allowed to hang our costumes to dry overnight.  There was no garment rack per se, so the company tech director rigged a rope between two walls of the dressing room and all of the sweaty costumes were hanging there.

The next morning, the company was horrified to find the entire bunch of costumes in a disgusting pile on the floor:  the rope had broken and everything fell together on the filthy floor.  UGH! 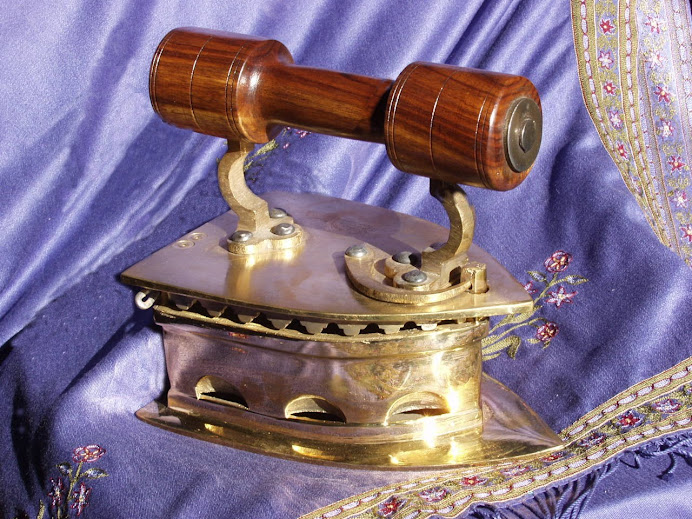 One of BDC Director, Jonathan Hollander's favorite memories is of a performance in Lucknow, India.

With this particular costume-heavy production with lots of printed silk garments, the company had requested an iron and ironing board at every one of the 17 theaters they were touring.

Normally, a sputtering, rusted iron was provided, scaring the daylights out of BDC with the thought of scorches and rust stains.

Well, in Lucknow, an iron-wallah showed up, must have been about 80 years old, with a huge, heavy implement and a small board.

The implement turned out to be an iron and into it, he placed hot coals.  Well -- to the companies Western-bred minds, the combination of fine silks and burning coals did not go together at all.  But BDC was proved completely wrong.

This little man with his big iron produced the smoothest, most beautifully pleated costumes ever!

1997 was a milestone year for India – the 50th Anniversary of independence from Britain. The timing was perfect for a national tour of Songs of Tagore, the production Jonathan Hollander had choreographed in 1995 celebrating the poetry and music of India’s first Nobel Laureate, Rabindranath Tagore.

It required slow and steady work (and lots of midnight calls) to build the support for this massive undertaking. However, each week something would happen that gave BDC encouragement and pushed them forward in my quest. At the end, the company had unwittingly cobbled together a two-month itinerary with performances in 17 cities in India and Sri Lanka.

The fact that an American choreographer had chosen to pay homage to Tagore, a revered figure in India, whose worldwide reputation had been at its height in the 1930’s but had since waned, proved powerful incentive for sponsorships and overall cooperation. Tagore was a Bengali and his work is of paramount importance in the State of Bengal. Bengali musicians Samir and Sanghamitra Chatterjee were part of our touring ensemble, another compelling factor. The centerpiece of the production was a solo role for an Indian classical dancer which had been created for Mallika Sarabhai. Mallika premiered the role in New York and was able to perform with BDC at several cities during the South Asian Tour. Sucheta Chapekar Bhide, Rajika Puri, Manjari Chandrasekhar and Luna Pan filled in when Mallika was unavailable, in Mumbai, Trivandrum, Chennai, Delhi, Lucknow and Calcutta respectively.

The sponsorship roster included international and domestic airfare from Air-India and Indian Airlines (the latter being the most significant since BDC were performing in 17 cities); donated hotel accommodations and ½ off on the cost of meals from Oberoi Hotel Group; donated public and media relations support from Ogilvy and local sponsorship in the form of donated theaters in each city that BDC visited.

The missing piece was, however, cash support. Battery Dance Company had a generous sponsorship from Citibank and smaller amounts from State Bank of India, Bank of Baroda and a few others, but these didn’t equal the personnel and incidental expenses. As a result, the company lost money on the tour, an unfortunate pattern for BDC's international engagements.

Once again, like earlier tours in 1992, 94 and 95, BDC had failed to secure funding from their own country. The US Embassy had marshaled all of its own resources and those of American corporations with investments in India to pay for a tour by the Paul Taylor Dance Company and Taylor II that took place a month or two before BDC's. It was a bitter pill to swallow – to be overwhelmed by the prestige of the Taylor brand -- with nothing left over for the little guy. The rationale for extending support to ‘another’ American dance company was lost on Embassy officials.

In computing the pros and cons of the 1997 tour, it is important to consider its pivotal role in global recognition and relationship building-for Battery Dance Company. A follow-up national tour of India in 2001 could not have happened without the foundations laid in 1997 and before.