A sixteen year-old forgoes the holiday of his dreams in South Africa because of a dance project. Instead of relaxing on vacation in an exotic land, he demands of himself a maximum of concentration, energy and teamwork in an extended extra-curricular school project. He is one of 100 students in his town who are teamed up in groups of 20, developing choreography under the guidance of professional artists from New York’s Battery Dance Company. He wants to be on stage and to realize the culmination of two weeks of hard work when students from three different schools perform the Dances for the Blue House at the beginning of the summer holidays.

The project described here took place in July and August 2006 in Freiburg and Breisach in order to bring attention to the work of the Förderverein Ehemaliges Jüdisches Gemeindehaus e.V. The project led two New York City-based choreographers, Jonathan Hollander and Aviva Geismar, along with the teaching artists of their companies Battery Dance Company and Drastic Action, to three high schools in Freiburg: Lessing Realschule and Förderschule, Theodor-Heuss-Gymnasium and Kepler-Gymnasium. The ten artists from New York, joined by two colleagues from Australia and Russia, met with students daily for sessions lasting 5 hours over a period of 8 days. The students became dance-makers, devising 5 short dance works that they performed before the fellow pupils, parents and teachers of their respective schools.

The grand finale consisted of three performances for large public audiences in Breisach in which the efforts of the three schools were framed by dances performed by the professional dance companies. Detailed accounts were given by the newspaper Badische Zeitung and the local press and, and were followed by reports in Südwestrundfunk (a TV and radio channel) as well as the Frankfurter Allgemeine Zeitung (a nation-wide newspaper). The occasion brought U.S. Ambassador William R. Timken from Berlin to Breisach, joined by VIP’s from the region, guests from Switzerland, France, Israel, U.S., U.K. and Canada, and a large contingent from the local region. The great success and the lasting impact on all involved provide encouragement to continue the work in a new form. 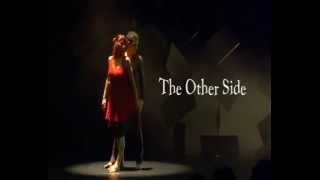 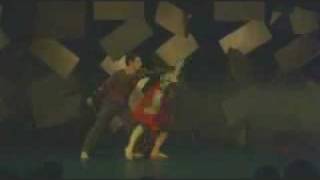