Given German Prime Minister Angela Merkel’s declaration on October 16, 2010, that the Germany’s so-called multi-cultural society had failed, Battery Dance Company’s theme of Inclusion/Exclusion was a powerful demonstration of the opposite. Over a period of 38 days, in nearly 25 schools among 4 German States, Battery Dance Company teaching artists gave students the opportunity to reflect on this potent theme as it impacts them and their communities. These students were from various disenfranchised sectors such as Turkish, African and Central Asian immigrants, the learning and physically disabled, residents of the former East German States, unemployed youth and others.

A new and important aspect of the multi-year project was introduced in Dancing to Connect 2010: the sustainability of the project through the training of German teaching artists. German dance teachers from the Hochschule für Musik und Darstellende Kunst as well as other freelancers from Berlin, Brandenburg and NRW States, joined their American counterparts as members of the DtC pedagogical teams. In this way, they gained practical training in the DtC approach and were introduced to local teachers and school administrators – opening doors for future employment.

Battery Dance Company’s Dancing to Connect program in Germany entered its 5th season in June, 2010, with workshops stretching across 10 cities in 4 Federal States. The over-arching theme of the 2010 program was Inclusion/Exclusion. This theme was first posited by Inka Thunecke, Director of the Heinrich-Böll- Stiftung-Brandenburg, at the end of the 2009 iteration of Dancing to Connect that had been centered on the 20th Anniversary of the Fall of the Berlin Wall and on which H-B-S-B and BDC had first collaborated. Inka was inspired by the impact of the teaching artists of Battery Dance Company and its partners from Drastic Action who she had seen working with children of Turkish immigrants in Berlin and learning disabled jobless youth in the depressed town of Eberswalde. She had witnessed how the DtC project injected a spirit of optimism, empowerment and self-realization for these ‘have-nots’ of German society.

10 American teaching artists from Battery Dance Company and Drastic Action collaborated on the Dancing to Connect workshops in 2010, with program management handled by BDC Artistic Director and technical support for each of the five culminating performances by BDC’s production designer.

In the original plan, German free-lance dancers and dance teachers would have been trained in the Dancing to Connect methodology in each city where workshops were held. In this way, the gains of DtC could be multiplied even after the American artists had departed. Unfortunately, funding was not sufficient to realize this plan in full; however, in five of the cities -- Frankfurt, Wiesbaden, Potsdam, Wittenberg and Witten – training was held with local teaching partners. In the first two cities, trainees were selected from the pool of graduate students in the Masters Degree program in Contemporary Dance Pedagogy at the Hochschule für Musik und Darstellende Kunst. Throughout the tour, an Australian dancer accompanied the team, gaining training through a fellowship from the Australia Council for the Arts.

The multi-layered, international cast of characters that had come together to forward Dancing to Connect in Germany might appear to be the result of a carefully constructed business plan. However, the truth is very different: In 2005, we envisioned the project in Germany to be a one-off event.

Looking back at the formative stages that had laid the groundwork for this unexpected evolution in Germany, a conversation in Washington with a long-time staffer at the Department of State’s Educational and Cultural Affairs Bureau had provided guidance that was pivotal. She suggested that we apply for Speakers Grants from the US Embassy in Berlin in order to lay the groundwork for what was, at the time, a small and contained program. The meetings and talks with different stakeholders in Freiburg and Berlin, representatives of educational, funding and community institutions, yielded unexpected results. It was suggested that we exploit the opportunity of having our dance companies in Germany to work with youth in schools. Here was one of the keys to our success: the fact that the formative notion of a youth outreach program was offered by the host country. In the next 6 years, unimagined developments occurred: the project continued in Freiburg for the next three years but also expanded to 23 other cities; funding continued every year from the US Embassy in Berlin and Consulates in Frankfurt, Düsseldorf and Leipzig; but in 2009 and 2010, U.S. support was overtaken by support from the German Government and German foundations, guaranteeing the growth and sustainability of the program. 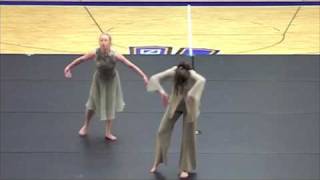 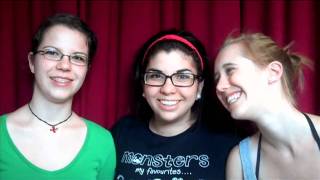 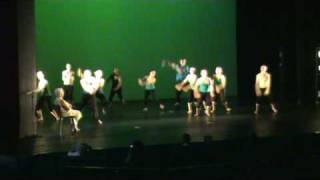